Past Recipients of the Harry C. Rowsell Award

The CCAC relies on thousands of dedicated volunteers every year to effectively and collaboratively contribute to ethical animal care and use, and to carry out its mandate. We are deeply grateful for these individuals, and would like to thank all our award recipients. 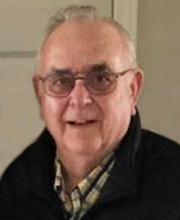 A student of the late Dr. Harry Rowsell, Dr. Fletch was captivated by Dr. Rowsell’s perspective on the welfare of laboratory animals. As a result, Dr. Fletch has made a lasting impact through his volunteer work with the CCAC, creating, assessing, and supporting our programs, and by ensuring that the highest standards of ethical animal care are valued and assured in all animal-based science conducted throughout Canada. 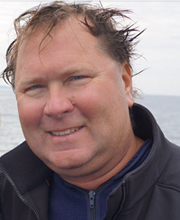 Dr. Harvey-Clark is driven by the belief that good animal welfare leads to good science. As such, he has made invaluable contributions to the ethical care and use of animals in science through the development of animal care and use programs and the promotion of science and natural history as a writer, speaker, and documentary film creator. Dr. Harvey-Clark also contributed to the development of the CCAC’s guidelines on fish and has participated on dozens of assessment panels over the years. 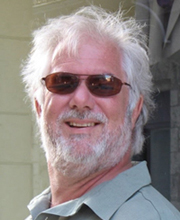 Dr. Ronald Charbonneau dedicated decades of service to the welfare of animals in Canadian science and abroad and was exceptional at building consensus and making lasting improvements to animal care by combining ingenuity, thorough analysis, determination, and resolve with a warm, diplomatic, and practical approach. He was a pioneer in developing and implementing significant improvements in the housing conditions of animals used for regulatory testing in the pharmaceutical industry. Throughout his career, Dr. Charbonneau was a greatly appreciated and valued contributor to the CCAC’s work. He served in a multitude of roles, including as an assessment panel member and chair for numerous institutional assessment visits, as chair of the CCAC Subcommittee on Euthanasia during the development of the CCAC guidelines on: euthanasia of animals used in science (2010), and as an organizer and presenter for CCAC workshops and webinars. His exceptional teaching, training, and mentoring skills have benefited generations of animal care committee members, veterinarians, animal care staff, scientists, and community representatives. Dr. Charbonneau has also contributed his skills and knowledge at the international level, working with such partners as the ICLAS, the Federation of European Laboratory Animal Science Associations, and the Association française des sciences et des techniques de l’animal de laboratoire. Dr. Charbonneau passed away in January 2021. He will be greatly missed. 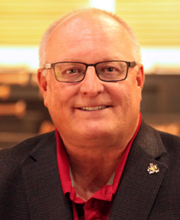 Dr. Douglas Morck obtained his BSc degree in Cellular and Microbial Biology in 1983 at the University of Calgary, his DVM in 1987 at the University of Saskatchewan, and his PhD (Bacterial Pathogenesis) at the University of Calgary in 1991. This was followed by a one-year Alberta Heritage Foundation for Medical Research Clinical Post-Doctoral Fellowship in immunology. He was hired at the University of Calgary as a laboratory animal veterinarian and assistant professor in 1992. Promotion to associate professor with tenure occurred in 2001, followed by a promotion to university veterinarian in 2003 and full professor in 2005. He is currently professor in the Faculty of Science, Department of Biological Sciences, and holds a joint academic appointment in the Faculty of Veterinary Medicine, Department of Comparative Biology and Experimental Medicine. Throughout his employment career he has served the University of Calgary in the Animal Care and Use Program, as well as maintaining an independent Natural Sciences and Engineering Research Council of Canada (NSERC)-funded research laboratory focused on bacterial biofilms and antimicrobial resistance, publishing 98 peer-reviewed manuscripts, 15 textbook chapters, and several patents. Prior awards include the 2017 University of Calgary U-Make-A-Difference Award, the 2011 Canadian Association for Laboratory Animal Science Veterinarian of the Year, co-recipient the 2007 NSERC Synergy Award, and with colleagues was twice nominated for the Alberta Science and Technology Award. In the past, he has served the CCAC as an Assessment and Certification panel member, chair, or veterinarian on numerous occasions, as a member of the Three Rs Committee, a member of the Assessment and Certification Committee, the Chair of the Assessment and Certification Committee, and as a member of the CCAC Board of Directors. 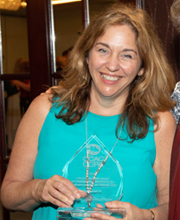 Ms. Macdonald dedicated her 26-year career to the betterment of animal ethics and care not only at the University of British Columbia, but across the country. Her implementation of an animal care committee coordinator position at the University of British Columbia, the first of its kind in Canada, became the basis for a model that would go on to be applied across all CCAC-certified institutions. Ms. Macdonald's contributions to CCAC policies and standards related to animal care committees were invaluable, as was her leadership in fostering a network for animal care committee members across the country, who now communicate and collaborate regularly. She has dedicated her career to the improvement of the animal care committee model, continually working to identify initiatives that advance the conditions under which animal-based research occurs. 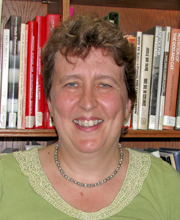 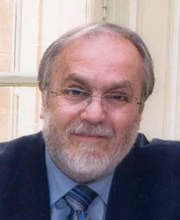 Nominated together, Ms. Bédard and the late Dr. Demers made a sustained difference in the world of animal ethics and care, both from within the CCAC itself, and in the broader animal-based science community. Both dedicated their careers to ensuring that training and resources were available to all those involved in animal science. Their tireless efforts to improve the assessment and certification process, and their involvement in the development of CCAC guidelines and policies, have significantly contributed to the CCAC's evolution and improvement. Ms. Bédard's passionate drive to advance animal ethics and care continues to be reflected in the countless hours she devotes to important initiatives at the University of Ottawa. For his part, Dr. Demers' legacy lives on most notably in having spearheaded the creation and implementation of the CCAC Certificate of GAP – Good Animal Practice®, a cornerstone of the CCAC program. His exceptional work on the international stage, where he promoted both the CCAC and high standards of animal ethics and care, undoubtedly also improved the standards of animal ethics and care well beyond Canadian institutions. 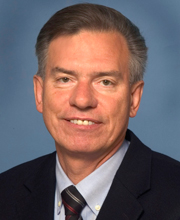 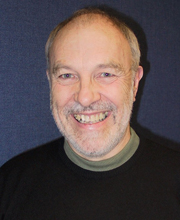 Drs. Kroeger and Flanagan were nominated jointly for the Harry C. Rowsell Award for Outstanding Service to the CCAC for their seminal contributions in leading the CCAC through times of unprecedented difficulties in the late 1990s towards the present well-structured, nationally and internationally recognized CCAC system. Their nomination received unanimous support from the Award Selection Committee, the CCAC Board of Directors, and CCAC Council members. 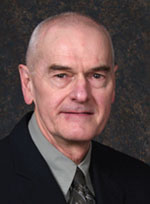 For more than half a century, Dr. Olfert has volunteered his unique expertise to help improve the care and welfare of laboratory animals. He notably acted as the main editor for the second edition of the CCAC Guide to the Care and Use of Experimental Animals, vol. 1 (CCAC, 1993), which constitutes a crucial part of the Canadian system of oversight. He was also the driving force behind the development of the CCAC guidelines on: choosing an appropriate endpoint in research, teaching, and testing (CCAC, 1998), and co-authored 12 training modules for animal users published by the CCAC in 2003. Dr. Olfert is a pioneer laboratory animal veterinarian whose career path is closely linked to the development of laboratory animal medicine in Canada.

The Outstanding Service Award was renamed for Dr. Rowsell after his passing in 2006. 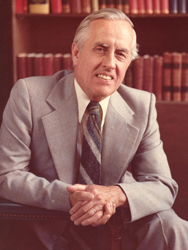 In the 1960s, Dr. Rowsell was commissioned by the Medical Research Council and National Research Council to develop a proposal for a national program for laboratory animal care standards in Canada. In 1968, he became the inaugural executive director of the CCAC, a position he held for 25 years. Dr. Rowsell devoted his life to promoting optimal care for animals used in science in Canada. His deep personal commitment to the humane treatment of animals, and his belief in ethical responsibility for their well-being, are evidenced through the many significant contributions he made during his career. He published more than 200 scientific papers, abstracts, book reviews and book chapters, and authored the selection on "Animal Issues" in The Canadian Encyclopedia. He was made an Honorary Member of the American College of Laboratory Animal Medicine, was the first recipient of the Canadian Federation of Humane Societies Lois H. Carroll Humanitarian Award in 1978, and was recognized as an Officer of the Order of Canada in 1988.