Winner of the 2020 Harry C. Rowsell Award for Outstanding Service to the CCAC

The Canadian Council on Animal Care (CCAC) is pleased to announce that Dr. Ronald Charbonneau is this year’s winner of the Harry C. Rowsell Award for Outstanding Service to the CCAC. 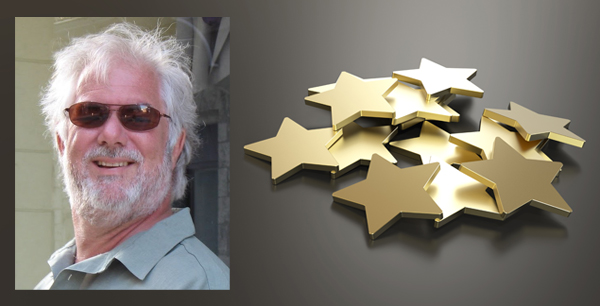 Dr. Ronald Charbonneau dedicated decades of service to the welfare of animals in Canadian science and abroad, and was exceptional at building consensus and making lasting improvements to animal care by combining ingenuity, thorough analysis, determination, and resolve with a warm, diplomatic, and practical approach.

He was a pioneer in developing and implementing significant improvements in the housing conditions of animals used for regulatory testing in the pharmaceutical industry. In the mid-1990s, as the Director of Animal Resources at the Centre hospitalier de l’Université Laval, he was a key figure in organizing the June 2001 International Council for Laboratory Animal Science (ICLAS) and the CCAC joint International Symposium on Regulatory Testing and Animal Welfare, where delegates from around the world worked together to limit animal use and improve animal welfare in local, national, and international regulations and standards.

Throughout his career, Dr. Charbonneau was a greatly appreciated and valued contributor to the CCAC’s work. He served in a multitude of roles, including as an assessment panel member and chair for numerous institutional assessment visits, as chair of the CCAC Subcommittee on Euthanasia during the development of the CCAC guidelines on: euthanasia of animals used in science (2010), and as an organizer and presenter for CCAC workshops and webinars. His exceptional teaching, training, and mentoring skills have benefited generations of animal care committee members, veterinarians, animal care staff, scientists, and community representatives.

He served at a board member and president of the Canadian Association of Laboratory Animal Medicine (CALAM), collaborating in many projects aimed at modifying research practices to reduce the pain and distress of animals. His work has resulted in greater understanding on the anesthesia and analgesia of animals in science, benefiting their welfare and informing the work of countless research teams. A bursary for research on pain management in animals is awarded annually by CALAM in partnership with the Canadian Association of Laboratory Animal Science, in recognition of Dr. Charbonneau’s work.

Dr. Charbonneau has also contributed his skills and knowledge at the international level, working with such partners as the ICLAS, the Federation of European Laboratory Animal Science Associations, and the Association française des sciences et des techniques de l’animal de laboratoire.

The CCAC relies on hundreds of dedicated volunteers every year to effectively and collaboratively contribute to animal ethics and care, and to carry out its mandate. We are deeply grateful for these individuals, and would like to thank both the nominees and the nominators for this year’s award for highlighting some of these outstanding individuals.

The Harry C. Rowsell Award for Outstanding Service to the CCAC is named for the CCAC's founding executive director, Dr. Harry C. Rowsell, who devoted his life to promoting optimal care for animals in Canadian science. Dr. Rowsell's deep personal commitment to the humane treatment of animals, and his belief in our ethical responsibility for their well-being, are evidenced through the many significant contributions he made during his career. In 1988, he was appointed an Officer of the Order of Canada for his incalculable contribution to the establishment of ethically-based animal research.

This highest honour given by the CCAC recognizes individuals who have made an outstanding contribution to both the goals of the CCAC and to the advancement of animal ethics and care in Canadian science through dedication, competence, exceptional performance, excellent service, and ingenuity. It is presented at the annual CCAC National Workshop Reception.